Editor's note: Charlie Creme, Graham Hays and Mechelle Voepel each vote to determine espnW's national player of the week, which is awarded every week of the women's college basketball season.

LOUISVILLE, Ky. -- For all that Asia Durr accomplished prior to her junior season at Louisville, a list that included more than 1,000 points, all-conference and All-America honors and even the opportunity to train with Team USA, she had yet to be part of a win against a top-10 opponent.

Apparently she likes the feeling.

In comfortable wins against Southeast Missouri State, Toledo and Michigan over the season's first 10 days, Durr scored a total of 35 points in 59 minutes.

Around the Rim podcast 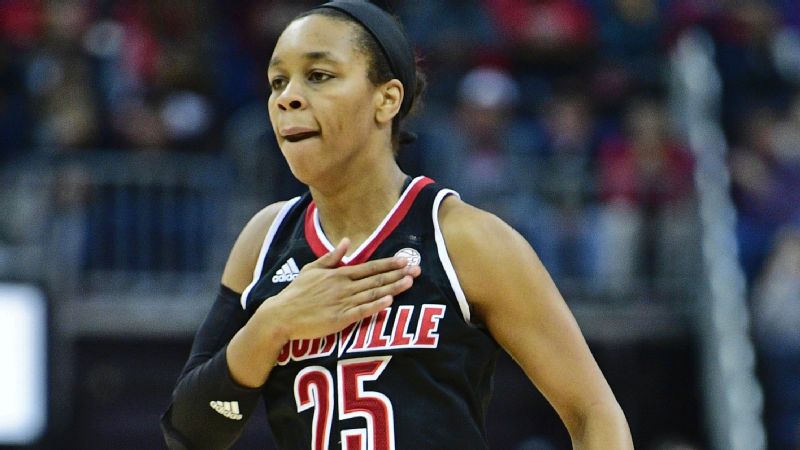 Louisville's Asia Durr sat down recently to chat with host LaChina Robinson on Around the Rim. The junior guard discussed coming back from injury, her expectations for the season, teammate Myisha Hines-Allen and more. Listen

Those supersized performances are more than enough to make Durr the season's first espnW player of the week (which for our purposes encompasses the season's opening 10 days).

"She's always looking to score," lamented Oregon coach Kelly Graves after Durr nearly outscored his entire team in the first quarter of Sunday's WNIT final en route to 26 points. "And if you let down at all, she's going to make you pay. There were a couple of times, it was funny, we had a freshman on her twice in the corner -- just a little soft closeout. She thought she had the hand in her face, and [Durr] still hit two 3s, one from each corner. That's what makes her great.

"You think you might have her guarded and covered, and she can just knock it down and she can beat you off the dribble. She's just got that scorer's mentality, and the game to back it up."

Durr put the Ducks down early in the WNIT final and made sure they stayed on the mat with big shots in the second half. She made 10 of 18 shots, including 4-of-7 shooting from the 3-point line, in the game and committed three turnovers in 30 minutes.

And yet that was far from the first line on her résumé for this weekly accolade. As prolific as Durr was with 14 first-quarter points against Oregon, that's how prolific she was for an entire game when she scored a school-record 47 points against the Buckeyes on Nov. 12. She scored 17 points in the first half, 17 in the second half and 13 points in five minutes in overtime of the 95-90 win.

She made more than half of her field goal attempts and 3-point attempts and turned over the ball just once against the Buckeyes. She not only outscored Kelsey Mitchell, she scored as many points as Ohio State's Mitchell and Linnae Harper combined.

It is Mitchell now chasing Kelsey Plum's career scoring record. It is Cal's Kristine Anigwe who holds the career scoring lead among juniors. But for the season's opening week, in two of the biggest wins any team registered, it was Durr who set the scoring pace.