FRISCO, Texas -- The Dallas Cowboys have made it clear Dak Prescott is their franchise quarterback.

By the time they open training camp in July in Oxnard, California, a few days before Prescott turns 26, the Cowboys hope to have a long-term extension with their QB that sets franchise records, including the highest per-year average salary as well as the most in guaranteed money.

Prescott's list of accomplishments in his first three seasons includes a 32-16 record -- only New England Patriots quarterback Tom Brady has won more games since 2016 -- and two trips to the playoffs.

New Cowboys quarterbacks coach Jon Kitna, a 14-year NFL veteran, has pored over the Cowboys' 2018 games, and he said it was "rare to find on tape where [Prescott] went to the wrong place with the football," in the second half of the season.

"When his feet and shoulders are in the right spot, he can throw it through a Froot Loop," Kitna said.

The Cowboys' preferred style of play will not lend itself to Prescott putting up huge numbers in 2019. He has not had a 4,000-yard season, but he has 14 fourth-quarter comebacks -- an NFL record in a quarterback's first three seasons.

"I don't think we're looking for a jump," Kitna said. "The guy's pretty good. I think the expectations are really high outside this building, but fortunately -- and I say this all the time -- they're not higher than his own. So I don't know that there's some kind of jump. I mean the guy has done pretty well in three years and played really well and been in some really adverse situations and hasn't flinched."

Prescott's last pass of Cowboys' minicamp was a third-down slant to wide receiver Randall Cobb on what ultimately would have helped the offense kill the clock in a late-game situation.

The originally called play was for a screen, anticipating pressure, but as the Cowboys quarterback looked at the defense, he changed to the slants on the strong side for tight end Jason Witten and Cobb, who beat cornerback Anthony Brown inside at the snap for an easy completion.

For Prescott, it spoke to the growth in his game that he traces back to the middle of last season when things finally slowed down for him.

"It just started becoming way more clear visually," Prescott said. "It's not seeing and thinking but seeing and knowing."

Players gravitate to the young leader. He has been a captain the past two years and undoubtedly will be voted to be one again in 2019. When the captains' practices began at The Star a month before the official offseason program, Prescott did not miss a workout. Cobb could not recall a time he was in the facility that Prescott wasn't there.

"He's always here," Pro Bowl guard Zack Martin said. "S---, he's here in February and March. He was at all the workouts in the offseason, working his balls off with the receivers, meeting with the line.

"He's everything you want in a quarterback."

"He's just one of those guys from day one who's stepped in and competed with all the other guys, whether it's in practice, in the offseason program and certainly on Sundays," coach Jason Garrett said. "So that's probably Line 1 for him. He's got great leadership skills, but he loves to play and competes as hard and as well as anybody we've been around."

Last June, Martin signed a contract that made him the NFL's highest-paid guard, with $40 million guaranteed. Though he has been a first- or second-team All-Pro in each of his first five seasons, he said the money did not change anything.

"Nothing should change for you, at least in my mind," Martin said. "I'm a big believer in keep doing what got you here and don't stop. Don't change just because you're making some more money."

Nobody associated with the Cowboys expects that to change when (not if) Prescott and the Cowboys agree to a new deal. The four-year extension signed by Philadelphia Eagles quarterback Carson Wentz, which is worth $128 million and includes $107 million guaranteed (plus $66 million at signing), could serve as a template for a Prescott extension.

How does Wentz's contract affect Prescott?

"He comes to work every day and he's got an incredible spirit," Garrett said of Prescott. "His eyes are always bright, he's got a bounce in his step, his shoulders are back, he's got a smile on his face regardless of what the results have been. He's ready to work and ready to set the pace for everybody. He leads by example, completely engaged, completely locked in every situation we put him in. He loves playing ball. He loves the role that he's in and guys respond to him and it's been that way right from the start."

Prescott made a little more than $2 million in signing bonus and base salary in his first three seasons. He has pocketed more through the league's performance-based pay system that rewards players who outperform their draft slot.

He has also made more money off the field than he has on it, through marketing deals with Pepsi, Frito-Lay, Oikos, Beats by Dre, Adidas and others. One longtime agent pegged that figure at around $5 million. Since his rookie season, Prescott has been among the leaders in jersey sales, which also puts money in his pocket.

Some of those deals came in part because he is the Cowboys' quarterback.

"When you're the Dallas Cowboys' quarterback, it is what it is. Whether you're a fourth-rounder or a free agent [like] Tony Romo, whatever, they expect you to win a Super Bowl. That's everybody. They expect here in Cowboys Nation to be back on top soon. That's why it's called America's Team." 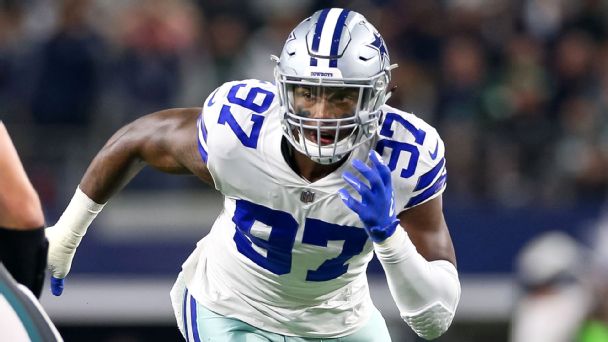 When Prescott threw his first pass to Witten during pat-and-go warm-ups as a rookie, the veteran tight end did not even budge when the ball was out of reach. It was a sign to the young quarterback that he has to raise his level of play even in the most mundane practice situations.

Witten has seen a change in Prescott, even after a year spent away from the Cowboys organization.

"He just wants to be great," Witten said. "He truly is chasing greatness. He wants to be great in everything he does. He's constantly evaluating. He's not settling with if he hits a pass and completes it. It's, 'Ah, I should've put it more in front.' That's huge for him. Anybody that has success you never know how they're going to handle it. Obviously, Dak has had a lot of success for three years and he keeps pushing for more and more and more."